After a good night’s sleep we were all rested up and ready for a full day of relaxation! We woke up and met with the Delta vacations rep to make sure our transportation for our ride back to the airport at the end of our stay was all squared away and then we headed to the buffet for breakfast. They had an omelette station which was really good, I think breakfast is my favorite food, so i was diggin the buffet this morning.

We walked the grounds a bit after breakfast it is so beautiful and it’s a pretty large place, the rooms are like little bungalow type buildings and there are lots of them and they all look the same so it is real easy to get lost!  Or…Maybe that’s just me?

we headed to the beach after breakfast. It was so nice out there! We all just relaxed. The boys even played wiffle ball and catch on the beach while us girls just soaked up the sun. I did wave over the little vendors that usually bother everyone else but for me if you can combine two of my favorite past times, shopping and beach together into one activity it’s pretty much the best thing ever! 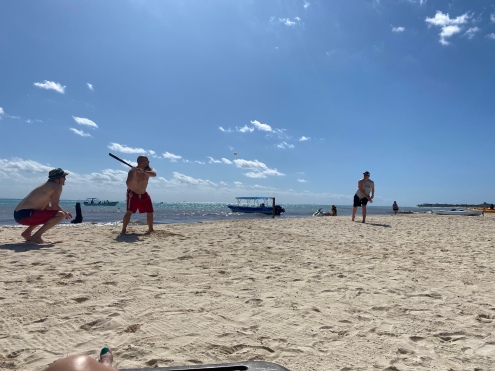 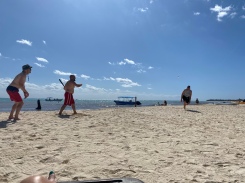 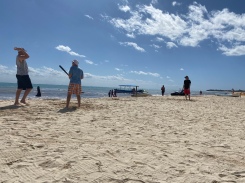 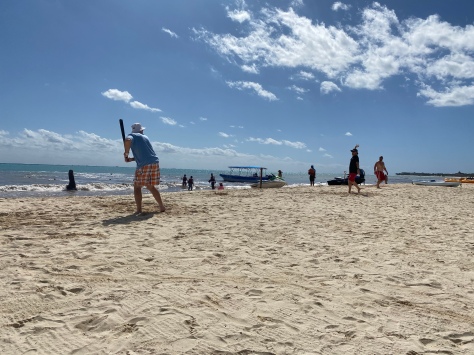 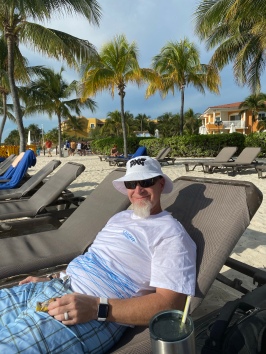 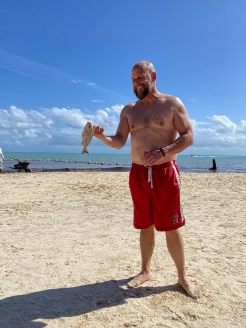 It was Sunday and the guys all wanted to go to the sports bar and watch football, so us girls just stayed out by the beach which was totally ok with us! As we were laying there we overheard that they were going to be having a foam party over by the pool. You better believe I wanted in on that action. So we headed over to the pool. At first we were just sitting by the edge and just watching, but as soon as the bubbles started going I knew there was no way I could just sit by and watch… I am a little kid at heart and being in a huge pool sized bathtub full of bubbles, you better believe I had to get in it! Luckily Dan’s wife Amy decided to go in with me. We had so much fun, I don’t even know why it’s so much fun either, it just is! I was finally able to talk Shannon into going into the pool also, they had fun music playing , balloons and and beach balls flying around it was a good time! I only wished Doug was around to play in it with me. 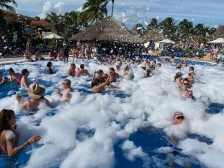 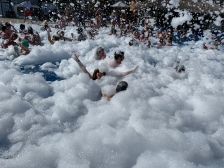 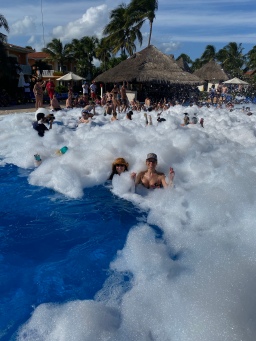 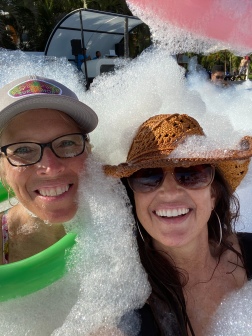 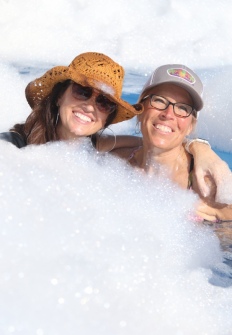 After the foam party we went in to get cleaned up for dinner. The guys were still watching football  and the other two girls booked massages so Shannon and I decided to try out the Mexican restaurant. It wasn’t crowded at all and they sat us right away. We ate outside it was such a nice night out. 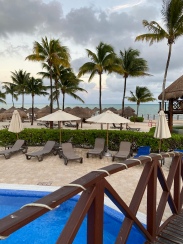 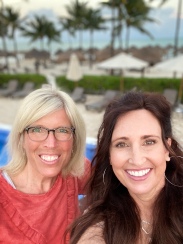 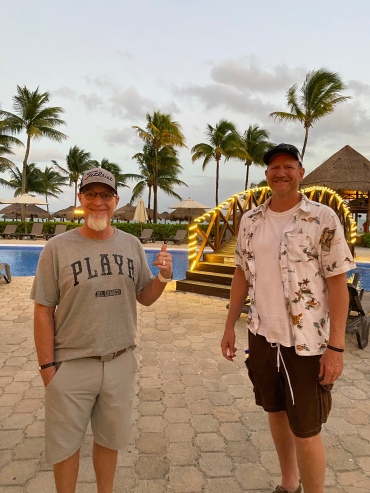 The guys did check on us to make sure we were ok and that they were good to watch more football. LOL that’s the best part about traveling with friends the guys can do the guy stuff and us girls can do the girlie stuff and everyone is happy!

I thought the Mexican restaurant was pretty good. I got the tacos and some yummy dessert that had mini churros in a yummy little edible cup.

After dinner we met up with the group and went to watch the nightly entertainment show. They had some live band where one of the guys was jamming on his electric violin which was pretty impressive and then an acrobat type show. Which I thought was very entertaining and a bit sketchy, there was no safety nets or lines or anything like that, but they did a great job. I was impressed.

After the show we were ready for bed, it was a fun full day and we were exhausted but in the best possible way. 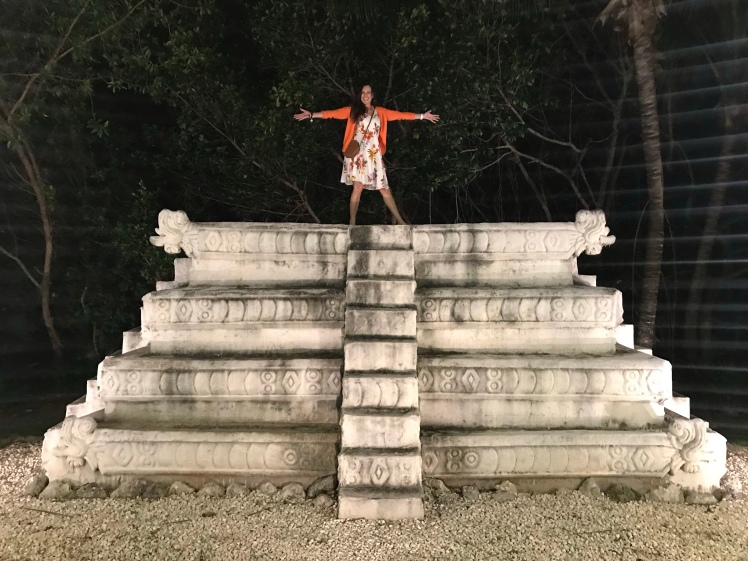 I spotted this little pyramid when we first arrived and I told Doug I would be climbing that sometime on this trip, so on our way back to our room I did… and let me tell you it was pretty sketchy, it may look like it is solid plaster, but it is not, it was some hollow squishy feeling stuff that I was pretty sure was going to collapse as soon as I got to the top! I just knew I was going to be swallowed up inside that pyramid and then we would probably get kicked out of the resort! Luckily that didn’t happen and I got my Picture!  LOL Yep today was a good day!!