This past weekend we decided to go on a quick little get away for our Anniversary. We decided to stay at the Zermatt Resort up in Midway because we have never stayed in Midway before, so we figured why not? We are so lucky to live in a place where within 30 minutes we can feel like we are in a whole different place…And I don’t just mean another state but it literally felt like we were in the hills of Switzerland! It is so pretty there! 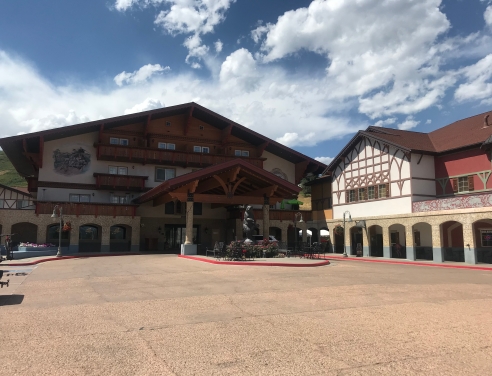 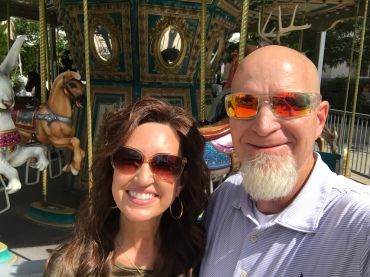 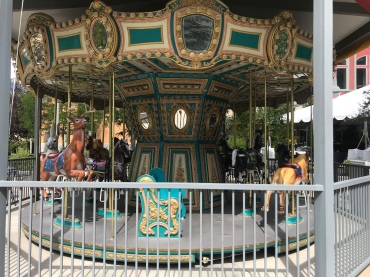 That night Doug had made reservations to The Blue Boar Inn for dinner. But when I went online to get directions and to read the menu before so I am not put on the spot when it comes time to order ( am I the only one who does this?) I noticed how expensive it was and to be completely honest, when it comes to food, while I do enjoy a fancy dinner every now and then, I am a pretty cheap date, I am not totally impressed with spending a lot of money on food…I kind of feel like it’s a waste sometimes and we were so close to Park City where my favorite pizza place is, I asked Doug if he made those reservations because he really wanted to go there? He said I just wanted to go somewhere nice for you on our anniversary, I then asked Doug how he would feel If we just went to Maxwell’s for a few slices of pizza instead, and he said as long as you are OK with that,  I told him, I’m totally down with it. So that’s exactly what we did. We were pretty happy with our choice, and even with dessert, Yes you can not go to Maxwell’s and not get a cookiza , well you can, but why would you? LOL but even with dessert we probably spent a third of what we would have spent on dinner so I was very happy about our decision.

Saturday we slept in and then headed back over to Park City. While Midway is beautiful, we didn’t really know what to do there, we were planning on going on a hike, but it was hotter than we expected and we didn’t bring the right clothes for it, so to Park City we went. We went to main street to eat a little lunch and then headed over to Park City Mountain Resort to ride the Alpine Coaster. At $27 per person I was glad we didn’t spend as much on our dinner the night before. 😛 We had to wait in a pretty long line and it was Super hot, I think Doug was regretting our decision to do this…But once on the ride we had SOO much fun. We decided to go on the same sled, which we didn’t think we could do, assuming there was some sort of weight limit but the guy said we could, so we did and let me tell you, it was the fastest I have ever flown down that mountain and It wasn’t just me who thought this, even Doug thought for sure we were going to fly off the rails, that’s how fast we were going, but we decided we would never put on the brakes unless we had to, and boy did that get my adrenaline going, I think I was smiling, laughing or screaming the whole way down… totally worth it!

After the coaster we headed over to Rite Aid to get a Thrifty’s Ice Cream cone. Yep I am pretty predictable, Give this girl Maxwell’s Pizza and a Thrifty’s ice cream cone and I am one happy lady!  After we headed back to our Hotel to relax and watch a Movie in our room. We watched The Movie Tag, It was pretty funny and based off a true story which made me like it even more and wished me and my friends would have started something like that when we were kids 😛

The next morning we woke up early and checked out of our hotel and then headed back to Park City ( yes I am realizing we should have probably just stayed there) To meet our good friend Wally ( Jason) for breakfast. I totally didn’t take a picture which I am sad about, because we don’t see Wally very often because he only lives in Utah during the Summers, He’s a Caddie, he works in Park City in the Summer’s and Palm Springs in the winters, pretty sweet gig if you ask me! (If only Doug could work somewhere warm during the winters I would be in heaven!) We had a really good time catching up with him and then off to Thrifty’s to pick up some ice cream to bring home, and by some I am talking 14 half gallons of the stuff! Oh my gosh we have a problem! No wonder I can’t lose any weight! LOL oh well it is totally worth it!

We ended our weekend having dinner over at Josh and Breecia’s place for a BBQ with the family. It was a great ending to a nice and relaxing little get away! So far our 27th year  together has been amazing! 🙂