I can’t believe another year has gone by, 27 years together… Wow that’s so crazy! This past year has been a rough one for us. When I look back on this past year together we have really gone through a lot! Doug had to make a tough decision and leave his job of 12 years and start-up with a new Doctor and company. It may not seem like such a big deal but Doug is very loyal and it was a very hard decision for him to leave his doctor. And for any of you who has had to changed jobs knows how awful those first few months are trying to adjust to all the changes and learn all the new ways of doing things as well as stepping out of your comfort zone again. But to make this change even harder on Doug was that he had to do all of this while his father was on his death-bed.  Watching your dad struggle and get weaker and weaker while trying to make a huge career change was very taxing on Doug.  And then the timing of things couldn’t have been worse, Doug lost his dad and had to tell his boss he was leaving all in the same week. Grieving and stress do not mix well at all…It was a really hard time for both of us. Some days the stress seemed too much. But together we were able to be there for each other.  On top of all of that There were also our normal stresses and worries for our kids, they are growing up and are having more grown up problems which means More sleepless nights and lots of prayers. It hasn’t all been bad we’ve had some fun times this year too,  and the fact that we had some challenges along the way has probably brought us even closer together, but we have definitely had better years 😛 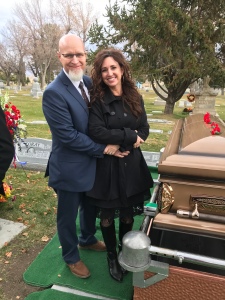 Marriage is Hard…shoot life is hard, I am so glad I don’t have to do it alone and not with just anyone…I am doing this with my favorite person, I am so blessed to be married to my best friend, he is my Rock, my person aka… my lobster 😛 and Wouldn’t want to go through this life with anyone else!I am looking forward to many more years to come!   Happy Anniversary Babe! XO

Here’s a little video of some of our highlights from last year. 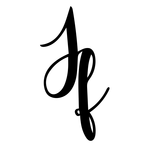