Today we woke up and decided to check out Old Town. Cami and Christi have never been so that is always fun to see Old Town for the first time! We walked and shopped and strolled through the museums. 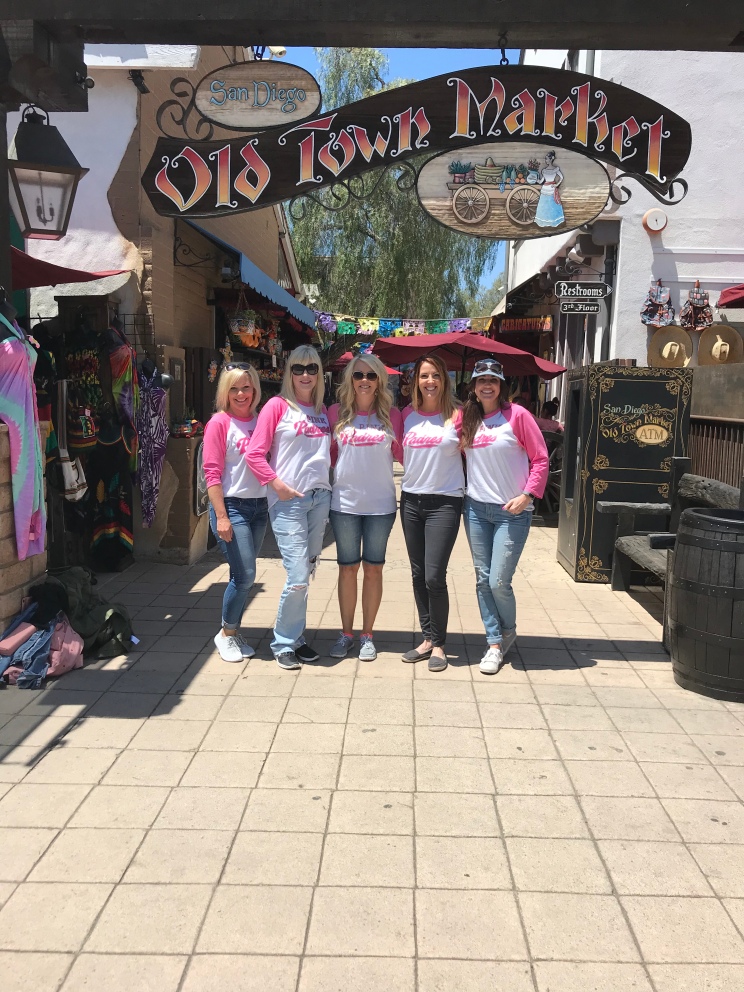 After Old Town we had gotten a tip that we had to try out Salt & Straw, it’s a homemade ice cream shop… They had me at ice cream! So we headed over for some of the best ice cream ever… Well no it’s not better than my beloved Thrifty’s chocolate malted Crunch, but it was VERY Yummy!! I liked that it was totally different from any other ice cream I have ever eaten. I highly recommend it! I got the Sea Salt with Caramel Ribbons and Chocolate Gooey Brownie… The Caramel one was my favorite, the Chocolate Brownie was almost too chocolaty for me, but mixed together they were perfect!! 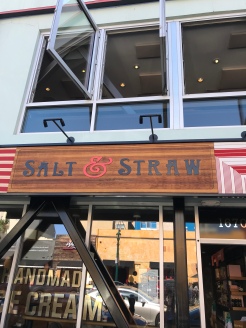 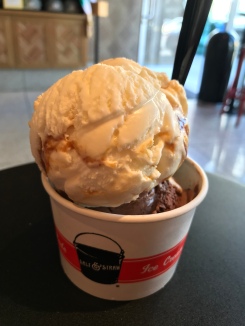 After stuffing that huge double scoop into our bodies we decided to run over to Coronado Island to check out the beach. It was soo pretty there, I  just wished it was warmer, but that seems to be the theme on all of my vacations lately so I am just trying to embrace it. 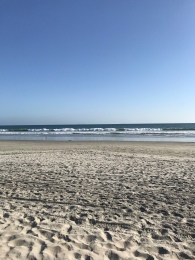 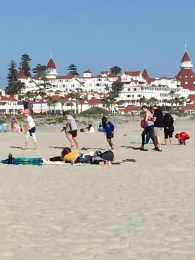 What better way to burn off all those calories from the ice cream than try to get some fun jumping pictures?? 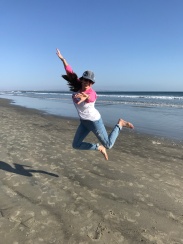 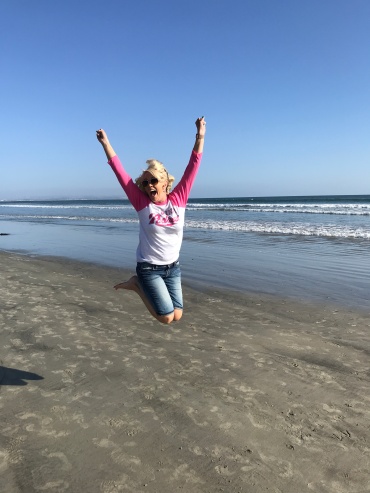 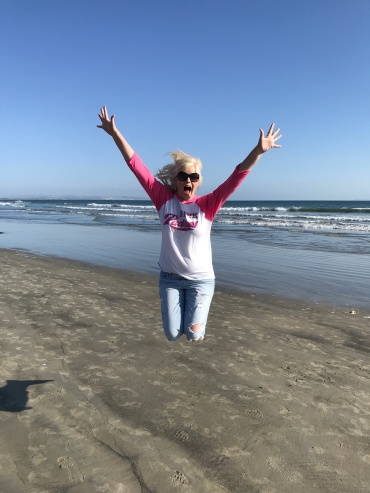 After our time at the beach we decided we better head over to the game. We were going to meet Kirsten’s Daughter and husband to watch the Padres game. We were a little afraid of how cold it was going to be, but sweet Tara and her husband Derrick brought us a bunch of blankets and we were surprisingly warm enough to brave the whole game 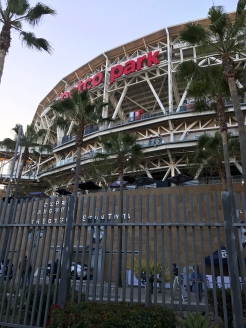 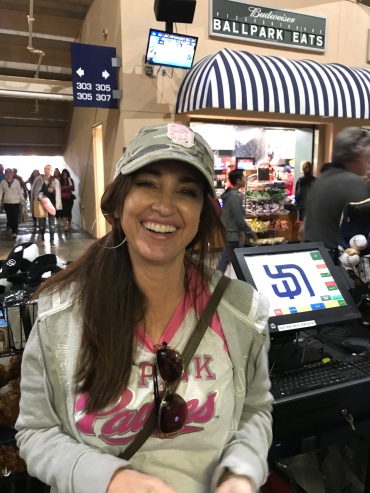 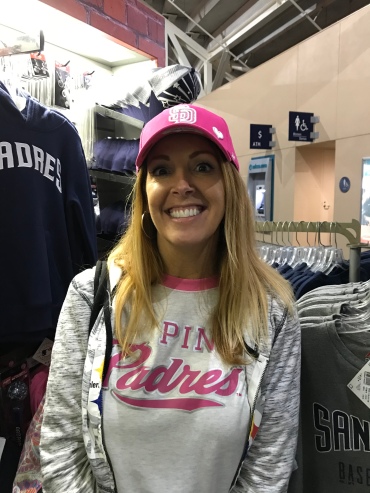 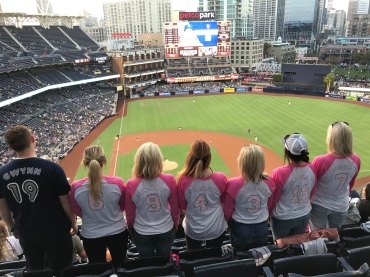 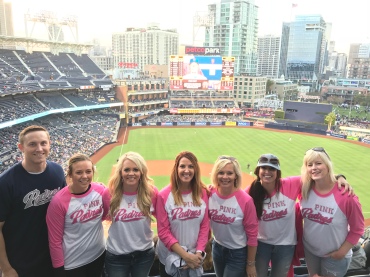 You may have noticed we have been wearing matching T-Shirts all day, we decided it would be fun to have matching shirts for the game. We got a lot of looks and comments on them, it was fun being the Pink Padres! We even made it on the Big Screen at the game but I wasn’t able to get that on camera:(  The Padres Lost to the Mets but nobody was surprised by that, we still had a great time!  After the game on our way back to our car we had the Jazz game playing on our phones, we were in a huge crowd of people walking to the parking lot and we kept stopping in the middle of the street to watch the last couple of minutes of Jazz win their game, What a great end to an even greater Day!!