Today marks 26 years of Marital Bliss! Ha! OK we all know that marital bliss is a stretch, every marriage has it’s up’s and downs, But there is no one I would rather be on this journey with then Doug! He is my everything! I can not believe how fast time has gone by and what stage of life we are in now. 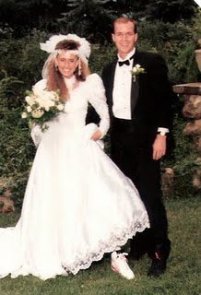 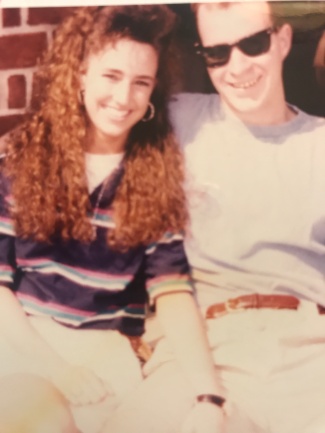 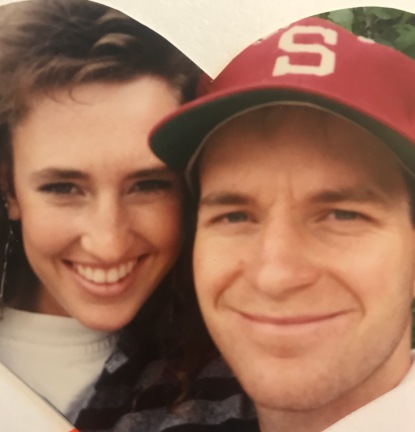 We have been through a lot together and not all of it has been fun, but instead of bringing up the hard times today, I thought I would share with you some of the things Doug has done for me over the years that has helped me fall even more in love with him every day.

Doug is very romantic at heart. He is always thinking of me. Back when we were selling our house in St.George, Doug had already started working in Utah county and I stayed back with the kids to try to sell the house. It took 6 months to sell and it was a really hard time in our marriage. We refer to that time as “back when we were separated” LOL Valentines Day fell during that time. I was feeling a little down and lonely that day. Doug called me early that evening to see what I was up to. He told me not to eat because he was going to have a friend come by and bring me dinner. Of course I was like ,no you don’t need to do that, and I had the thought of, great is this going to be awkward? Like do I have to eat dinner with his friend? The whole thing was weird and I wasn’t liking the idea at all, but he insisted. He called me a couple times that night and would ask if his friend had come yet, I started to get more and more nervous the more he would ask me about it. Well while I was on the phone with Doug the doorbell rang, I begged him to stay on the phone with me, so it wouldn’t be as weird. He said OK, I open the door and Doug is standing there! He surprised me with Dinner! He got off work, drove the 3.5 hours to have a late dinner with me! I was shocked! It was such a thoughtful surprise! He had to be back to work at 6:30 the next morning, so we got to spend a couple hours together before he had to leave again to go back to work. It was probably one the sweetest thing he has ever done for me.

Another really romantic thing he did for me was on my 40th birthday. I had been dreading turning 40 for quite some time. It was freaking me out a bit. We were  visiting Atlanta Georgia at the time. Doug made reservations at The Sundial restaurant at the top of the Westin that rotates so you can view the whole city from up there. We have been riding the Marta all week, but that night Doug was acting kind of weird, wondering if we should get a taxi, me being cheap was like no way, we will be fine. Well later that night I found out why he was acting so weird. When after we were seated at the table for a while Doug said he needed to use the bathroom, he got up and then came over to me and got down on one knee, I didn’t know what he was doing at first I thought he was just goofing around or something, well he grabs my hand and asks me if I would marry him again? I of course said yes. Well then out from behind his back comes a beautiful Diamond ring! It was a total surprise to me, I had no idea he was planning on doing that! The ring is almost exactly like the one he gave me when we got engaged( which i love by the way), this one is just white gold (which i have always wished mine was)and the diamond is bigger, I was totally shocked! I also realized why he was so nervous about riding the subway that night LOL! While the new ring was awesome, just knowing he took the time and effort to surprise me and the fact that after all these years he still would marry me all over again, meant the world to me! So instead of hating my 40th birthday I now only have good memories of that day! Now it’s 50 that is freaking me out…. Hint, hint 😛

This next is probably one of my all time favorites. We were walking around the mall one day and for some reason we had to pass those annoying kiosks that sell skin care lines. The sales girl approach was Awful. She would approach us and say to me, What are you using to help with those wrinkles around your eyes?  Now This was way back when my wrinkles weren’t even as bad as they are now. We just kept walking but It got me all self conscious. It kind of ruined my day, I was thinking great I have eye wrinkles… Then we had to go past again on our way back, she then stopped us and says to me, “what are you doing about those forehead wrinkles?” Again we keep walking but i’m totally getting more and more bummed out. Doug of course Doesn’t like it when i get down and is starting to get mad at this girl. He has to go to the bathroom so i am sitting there waiting for him when the same lady comes to me and asks me what i am doing about the wrinkles around my neck! She shows me my wrinkles in a mirror and I want to cry, I hurry up and walk away. When Doug comes out I tell him what just happened. He gets mad. Just then she starts making her way back to us, She is just about to say something when Doug interrupts her and asks her…”What are you doing about that fat Ass of yours?” It completely stops her in her tracks and she turns around and walks away! I don’t think I have ever loved him more! LOL it was the best! We had the biggest laugh after that and it look the sting out of the fact that I have a total wrinkled up face! LOL

He really knows how to make me feel special. He loves me despite all the many flaws and all of my crazy insecurities. He’s my best friend, my protector, provider, father to my boys, and above all the love of my life! Happy 26th Anniversary Babe! 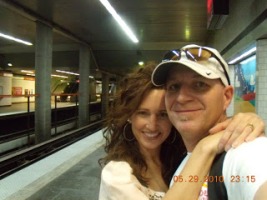 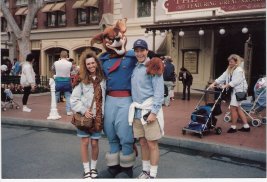