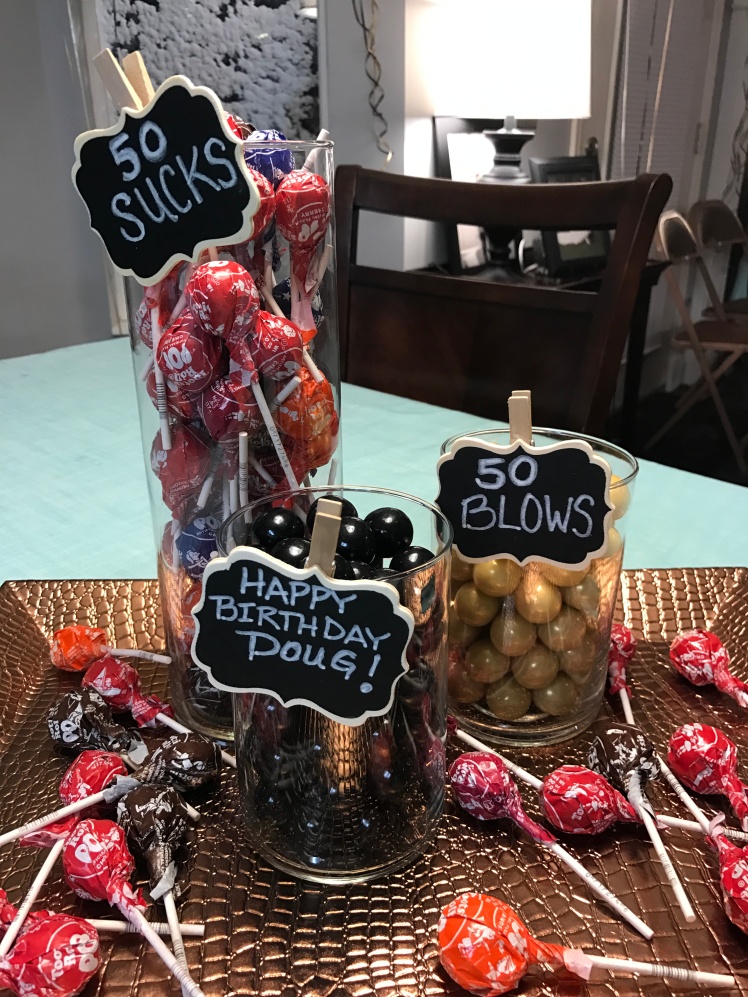 Whoa! I can’t believe I am married to a 50-year-old! I still catch myself saying things like “that guy was so old, he was like 50 or something” haha! It’s so crazy, how old that sounded when we were teenagers and how young it sounds now!

I wanted to do something special for his big day, but if you know my husband, he’s very low-key and would be happy staying at home with the family and chilling instead of making a big Ta-do of it. But hey you only turn 50 once! Luckily one of his best friends Sam got a hold of me a few weeks before and we decided to throw him a surprise party and he offered to help me, which is all I needed to get a fire lit under me to get things going. With the help of my sister and a few of Doug’s friends we were able to somewhat surprise him…all the way up to the day of the party, he started to get suspicious because apparently I give him a hard time about golfing two days in a row normally and this weekend it was too easy for him! LOL  But all in all it ended up working out great and we had a good turn out. I think we ended up having around 32 people show up and help celebrate his big day ( a few days early). Doug and I  have some great friends and it was fun to eat and reminisce with everyone, it was a great night. I kind of quickly took pictures to capture the night as I almost forgot because I was having too much fun catching up with everyone. sorry they aren’t the best. 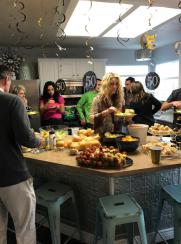 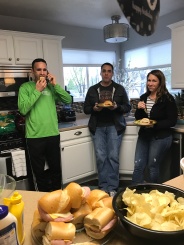 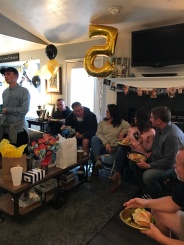 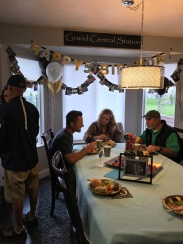 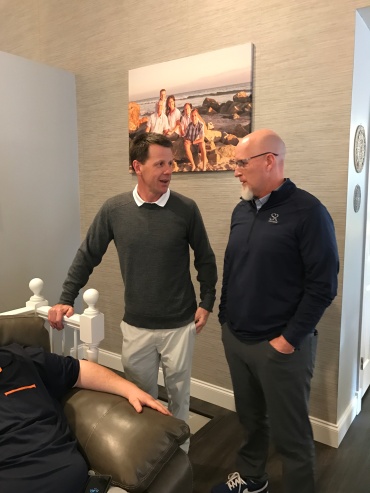 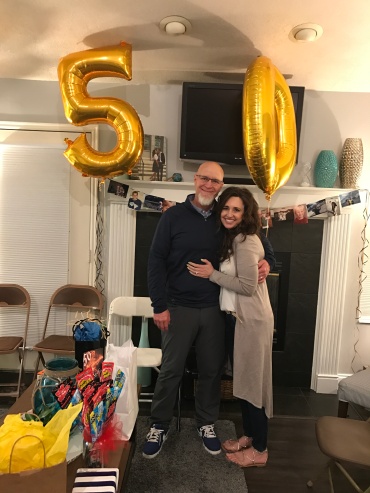 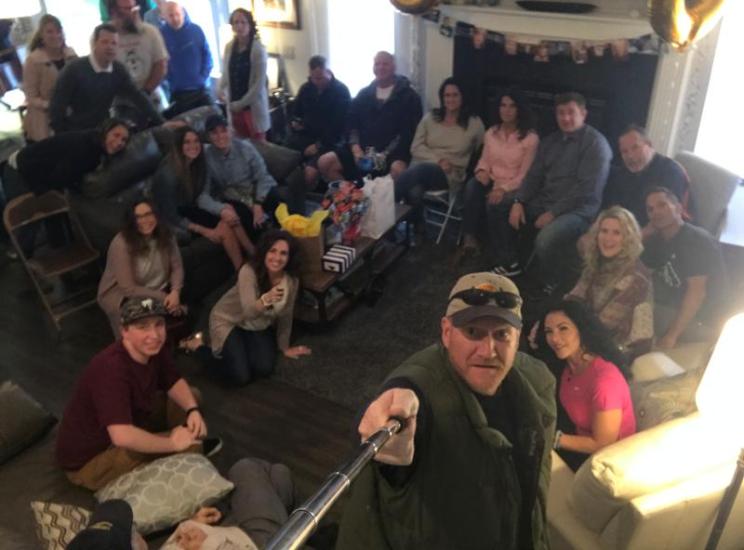 Thanks to Pinterest and Zurcher’s party store for helping me come up with party food and decorations, I think the “Crap Cupcakes” were a hit! 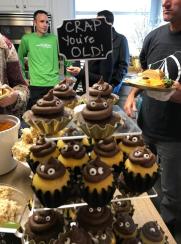 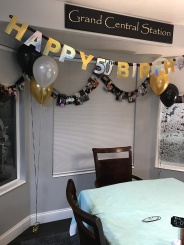 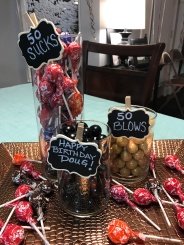 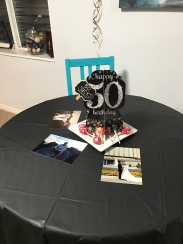 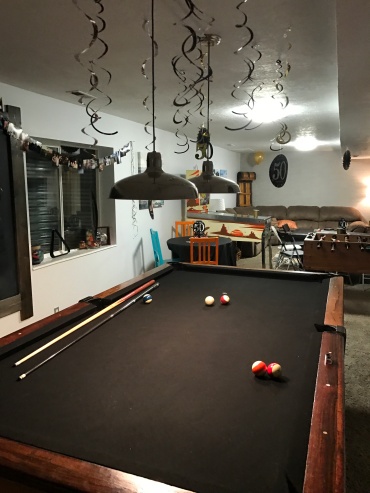 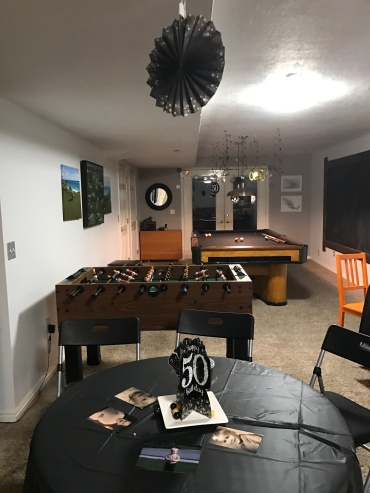