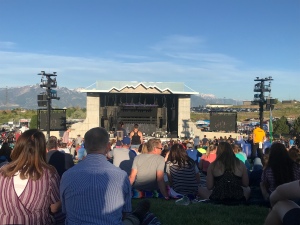 When Kirsten first asked me if Doug and I would want to Double date to the Goo Goo Dolls and Train Concert with her and Jeff I’m going to be totally honest here, I had to get on my phone and google what songs they sing 😛 LoL I am the worst at knowing who sings what, I like all kinds of music but unless it is from the 80’s I rarely can tell you who sings a song!  pretty bad right?! But once I looked them up I was like oh ya I know those guys, let’s do this!

We met up for dinner before the concert and then headed to Usana where the concert was. I have lived in Utah for 31 years and have never been to a concert there before. I was shocked at how big this place was! we had general admission tickets on the grass, which was WAY farther away from the stage than I could of imagined! LOL but it actually was awesome. It was the perfect night for a concert too, not too hot and not cold at all. We layed out our blankets and chilled. The Goo Goo Dolls came out first, everyone pretty much stayed seated the whole time they played, I was surprised they weren’t the best sounding, in fact Doug kept saying I don’t know any of these songs, I would say, yes you do, it just doesn’t sound anything like it does on the radio. LOL they seemed to slow down all of their songs too, But it was super chill and enjoyable, especially because I spied a Cotton Candy guy walking around selling Cotton Candy.  I told Doug many years ago, If I ever see someone selling cotton candy,  There is no questions asked, I will buy it, no matter what, it’s my favorite and something you just can’t buy anywhere, it needs to be fresh… So Doug knew this and flagged him down and I was in heaven, warm summer evening sitting listening to live music while eating Cotton Candy! It really doesn’t get much better than that, except when Train came on, that is when my next favorite thing to do happened, that is, getting up and dancing to the music! These guys killed it in Concert, the lead singer has such a good voice and they were really good at getting everyone up and singing along! Such a good time!  A perfect Summer night! 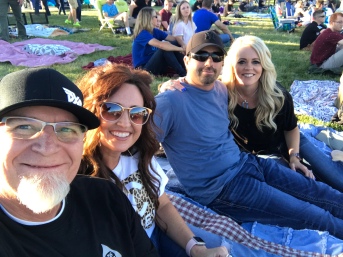 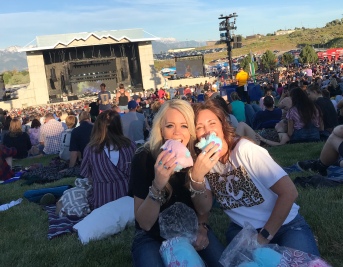 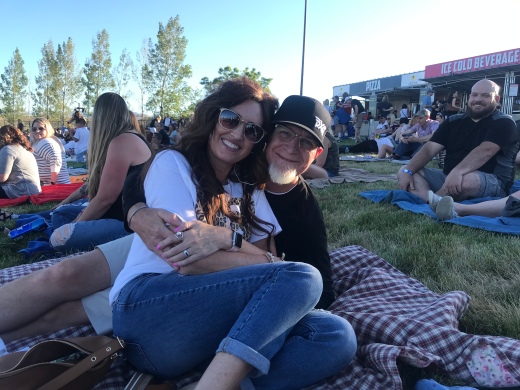 I think I need to do this more often, it really is one of those things that makes you feel like a kid again, you are never too old to enjoy good music, food and company!